We are all in lockdown since more than 50 days, and it can get very sad and depressing. Deepika Padukone shared an old pic today on Instagram and it makes us feel better. She looks like a princess in her white outfit. 'Happy Sunday' read her caption.


The actress shared an old pic recently in which she is seen posing with superstar Aamir Khan. She said that it was taken in the year 2000. It looks she met him with her parents Prakash and Ujjala Padukone and sister Anisha. Deepika wrote that the actor was having curd and rice and did not offer it to her. The actress wrote that she is perennially hungry.

A few days ago, she uploaded a heart-warming throwback video from the sets of Piku, in which Irrfan Khan and her can be seen enjoying a game of tennis between shots. "Please come back! #irrfankhan," she wrote.


On the work front, there are speculations that Deepika and Ranbir might reunite for Sanjay Leela Bhansali's Baiju Bawra. A source revealed an online portal, "Ranbir and Deepika make a pair to reckon with on-screen and Bhansali wants to create magic on-screen with the two actors. Talks are on, however, neither of the two have signed the dotted lines yet." The source also revealed that Sanjay Leela Bhansali did not cast Ranveer Singh because they did not wanted to repeat the pair again for the fourth time.

Ranbir and Deepika never fail to impress us with their sizzling performance. The two had even dated each other for a long time and Deepika even had got Ranbir's tattoo made. They looked so stunning together and people never wanted them to separate. Even after their breakup, the two have worked together and they have never let their personal things get over their professional work. Yeh Jaawani Hai Deewani had been one of their best films. 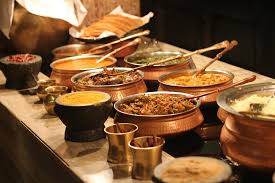 Kareena Kapoor Khan’s Daydreaming Sunday Is Us EVERY Single Day Amid Lockdown!
4

Making the Switch to Non-Toxic Cookware? Here’s What to Buy.
5

Meatless Burger Recipes That Are (Almost) Too Good to Believe
7

Are You Committing One of These 7 Decorating Sins?
9

Entrepreneur Omar Del Villar, the Owner of ‘GoGiveaways Official’, Is Setting the Standards Extremely High in the Business World
10

TikTok Fame Mr Faisu Accused of Glorifying Violence Against Women In His Video Wherein He 'Kicks a Woman on Her B***'; Complaint Lodged Against Faisal Shaikh at Cyber Crime Cell and Amboli Police Station