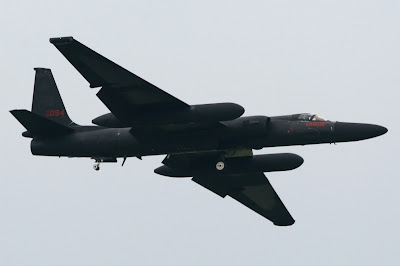 
Task & Purpose: The Air Force plans on retiring the vaunted U-2 spy plane starting in 2025

According to the service's fiscal year 2021 budget request of $120.2 million for U-2 procurement, the service "will maintain operational capability up to and through FY25" for the high-altitude plane before divesting in the aircraft beginning that year.

"These investments will address reliability, maintainability, supportability, diminishing manufacturing sources/material shortages (DMS/MS), flight test, safety issues, and integration of capability development activities in support of the broader [intelligence, surveillance, and reconnaissance] portfolio," the budget request says. "This continued investment in the platform ends in FY25, where the U-2 will be divested."

WNU Editor: Confusion reigns. The Air Force is now saying that the U-2 will not be retired .... Budget Elicits Confusion Over Fate of U-2 (Air Force Magazine).

force about retire
Read The Rest at
warnewsupdates.blogspot.com

Ruth Bader Ginsburg: Why is RBG so important to the US Senate?