Despite the COVID-19 pandemic - West Indies, Bangladesh, Pakistan and Australia will tour to New Zealand as per the current (FTP) Future Tours Programme. 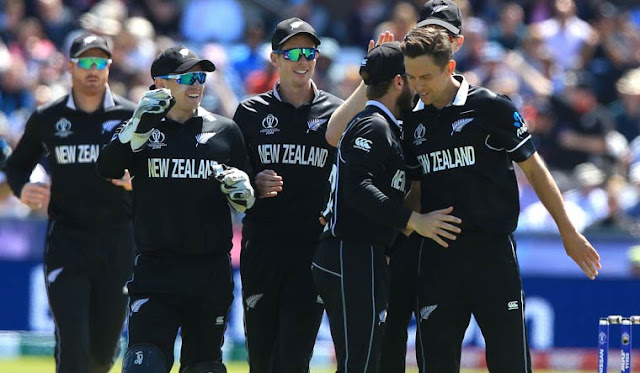 "We are making tremendous progress. I was just on the phone to the West Indies, they're confirmed, Pakistan is confirmed, Australia and Bangladesh... so 37 days of international cricket," David White, the NZC CEO, told reporters in Auckland.

"The White Ferns will tour Australia in September and then the Australia Women's team will tour New Zealand in February. We are just working through the content but probably five ODIs and three T20Is.

"We'll just be held up for a week or two while we work with the government agencies on the managed isolation but they've been extremely supportive."

NZC CEO David White also gave an update on the potential shape of the New Zealand summer schedule at today's MediaWorks Radio announcement. Tours from @windiescricket, @TheRealPCB, @CricketAus and @BCBtigers to NZ are all in the proposed schedule #CricketNation pic.twitter.com/F10qYvyFLI

Black Caps are slated to host both West Indies and Pakistan for Tests and T20Is, Bangladesh for One day Internationals and T20Is and Australia for a short term series although the schedule of the upcoming tours are now subject to change.

New Zealand is one of the most successful nations in combatting the coronavirus and recently marked 100 days without infection.

Whose baby is it, Sakshi?

Even Sachin Tendulkar Knows How Lucky he Was:...

Apartment in Florida is Made of Budweiser Beer Cans, Watch Video: Trending Topics, Viral Videos and Funny Memes of The Day
3

SBI, PNB, Union Bank, BoB, Bank of Maharashtra, IDBI Bank | Check out how much bad loans each bank has written off
6