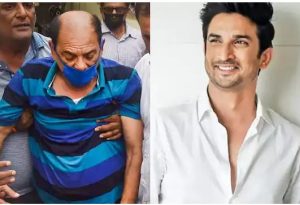 Mumbai: Ever since Kedarnath star Sushant Singh Rajput‘s death, his fans, family and friends have been continuously demanding justice for the actor. Mumbai police is minutely investigating the case.

But so far no disclosure has been made about the case. However, till now there was no response from Sushant’s family regarding this matter. But recently, a Twitter account of Sushant’s father has surfaced, through which he is demanding justice for his son.

In fact, recently a Twitter account named KK Singh has surfaced. This Twitter account is believed to be Sushant Singh Rajput’s father. There have been some tweets from this Twitter account, which are going viral. These tweets demand justice for Sushant. Simultaneously, a CBI inquiry has also been demanded in the case.

A tweet from this account which is becoming the most viral reads, ‘My son Sushant Singh Rajput was very brave. I know he can never commit suicide. An attempt is being made to make it look suicide. I request that there should be a CBI inquiry into the whole matter. Apart from this, some film industry celebrities have also been criticized in other tweets.

Apart from this, many more tweets have been made from this account. In which continuous CBI investigation and justice for Sushant are being talked about.

Another tweet states, ‘A report is coming that the he receiving threats on the phone before the murder or suicide of Sushant. Sushant changed 50 SIM cards in the last one month. Every time there was a threat on the new number, a CBI inquiry is an only option, a CBI inquiry should be done or not?

Significantly, actor Sushant Singh Rajput committed suicide by hanging himself in his Mumbai home 14 June. There is no information about why he took this step. However, the files and medicines found from his room showed that he was going through depression. And it is believed to be the reason behind taking these steps till now. However, the police is currently investigating the case.

From Taiwan to Myanmar, the business interests of Apple Daily’s Jimmy Lai
4

CPL 2020: Daren Sammy hits out as ‘some teams allowed to train’ while others are in bio-secure bubble
6

Work from home leads to spike in demand for laptop, notebooks
9